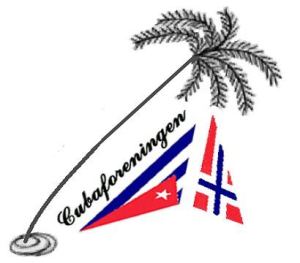 USA’s blockade against Cuba has existed for more than half a century. It entails enormous economic losses and shortages for the Cuban population. USA’s blockade is an act of war and a genocide.

Despite the reestablishment of diplomatic relations, the US continues to apply a whole series of hostile policies against the Cuban people. Among them, the main one is the economic, commercial and financial blockade that has been in force since 1962.

What is the blockade?

The blockade, imposed by the USA on Cuba consists of a series of measures aimed at sinking its economy and to achieve the country’s surrender by force and with the intention of inducing people’s rebellion against the revolutionary government. The economic, commercial and financial blockade was declared on February 7, 1972.

The United States continues to maintain a broad embargo against Cuba.  The embargo is generally implemented through the Cuban Assets Control Regulations, 31 CFR Part 515 (the “Cuban Embargo Regulations”) originally issued pursuant to the Trading With the Enemy Act.  Subsequent legislation has revised and amended the Cuban embargo but it remains one of the most comprehensive and most politically sensitive sanctions regimes currently maintained by the U.S. against a foreign country.  The following summary is not intended to cover all aspects of the U.S. embargo against Cuba.

The Cuban Embargo Regulations are primarily administered and enforced by the U.S. Treasury Department’s Office of Foreign Assets Control (OFAC).  Other federal agencies, such as the U.S. Commerce Department’s Bureau of Industry and Security (BIS) and the U.S. Department of State may be involved in licensing, regulating or implementing certain Cuban-related transactions; however, the ultimate responsibility for interpreting, applying and enforcing the Cuban embargo lies with OFAC.

Scope of the Embargo

There are severe criminal, administrative and civil penalties for violating the embargo.  Criminal penalties include up to 10 years in prison, and up to $1,000,000 in corporate fines and $250,000 in individual fines.  Additional penalties, such as civil fines, loss of exporting privileges and debarment from government contracts may be imposed on both the individual and the company found to be in violation of the Cuban embargo.

Jurisdiction.  The Cuban Embargo Regulations generally apply to: (a) U.S. citizens and permanent residents, wherever located; (b) persons located within the U.S.; (c) legal entities organized under the laws of the U.S.; and (d) any entity, wherever organized and doing business, which is owned or controlled by any of the foregoing.  In sum, the Cuban Embargo Regulations apply to most U.S. businesses  and their foreign subsidiaries and branches. The Cuban Embargo Regulations could also apply to partially-owned foreign affiliates, such as joint ventures, which are deemed to be “owned or controlled” by the U.S. company.  The determination whether an entity is “owned or controlled” by a U.S. corporation can be extremely fact sensitive and should be made in consultation with legal counsel.

Importing from Cuba.  Subject to certain narrow exceptions, goods or services of Cuban origin may not be imported into the U.S., either directly or through third countries.

Exporting to Cuba.  No products, technology or services may be exported from the U.S. to Cuba, either directly or through third countries.  A limited exception is available for certain exports of food products to Cuba, as discussed below.

Food and Agricultural Commodity Exports.  The Trade Sanctions and Export Enhancement Act of 2000 allowed certain sales of U.S.-origin foods and agricultural commodities to Cuba under a process called “License Exception AGR”.  A list of the eligible products is available on the BIS website and includes most food products for human consumption but does not include certain agricultural inputs such as pesticides, insecticides or herbicides.  The exception does not apply to exports of agricultural technology or equipment.  In addition, the License Exception AGR is not available to exporters of non-U.S.-origin food products, such as for example, a foreign subsidiary of a U.S. company interested in exporting foreign food products directly to Cuba.

Under the License Exception AGR, prospective exporters of U.S.-origin food products must obtain prior confirmation from BIS that no U.S. Government agency objects to the proposed export.  Prospective exporters may initiate the process by submitting to BIS a written notification.  BIS then informs the exporter within 11 business days whether any objections have been raised to the export.  If no objections are raised, the exporter may proceed with the export, but must continue to comply with various rules and conditions, e.g. (i) the proposed export must be made pursuant to a written contract and must take place within 12 months of the signing of the contract; (ii) the exporter may not substitute items that were not included in the original notification sent to BIS; (iii) any changes to the Cuban purchaser/end-user of the product will require a new notification to BIS, etc.

Exports under License Exception AGR are also subject to strict rules regarding payment and financing.  The regulations prohibit U.S. persons from providing payment or financing terms for authorized sales of agricultural goods to Cuba or to any entity in Cuba other than through “payment of cash in advance” or financing by third country banks.  OFAC has recently defined “payment of cash in advance” to mean that the seller/exporter must receive payment for the goods before the goods are shipped from the port at which they are loaded.  U.S. banking institutions may not provide the financing for authorized exports to Cuba.

Dealing with “Specially Designated Nationals” of Cuba.  The Cuban Embargo Regulations prohibit dealings with certain individuals or entities, wherever located, which are deemed to be agents or instrumentalities of the Cuban government.  OFAC publishes a list of such Specially Designated Nationals, which is frequently updated and requires continuous monitoring.  However, the published list is not deemed to be exhaustive, and U.S. companies must conduct due diligence and take reasonable care to make certain that their foreign partners, contract parties or customers are not acting on behalf of Cuba.

Travel to Cuba.  Travel to Cuba is severely restricted by the Cuban Embargo Regulations and most U.S. persons may not travel to Cuba.  The exact scope of the travel restrictions and the rules governing authorized travelers to Cuba change often and require continuous monitoring.

In addition to “general license” travel, OFAC may issue a “specific license” for travel to Cuba on a case-by-case basis.  In order to receive a “specific license”, the prospective traveler must file a travel application with OFAC.  Travel cannot be undertaken until OFAC has approved the travel application and issued the license.  “Specific licenses” are only available to certain categories of persons including, among others, persons traveling to Cuba to engage in activities directly related to marketing, sales negotiation, accompanied delivery, or servicing of exports of food and agricultural commodities or other exports consistent with existing Department of Commerce regulations and guidelines with respect to Cuba.

Authorized travelers to Cuba must comply with various rules and conditions governing their travel.  Only persons holding a “general license” or a “specific license” are authorized to spend money related to travel to, from, or within Cuba.  They may spend up to the U.S. State Department Travel Per Diem Allowance for Havana, Cuba for purchases directly related to their travel in Cuba, such as hotel accommodations, meals, local transportation, and goods personally used by the traveler in Cuba.  Authorized travel to Cuba must be arranged using only U.S. travel service providers who hold special authorization from OFAC to make such arrangements.  In a recent example of OFAC’s strict enforcement of the ban on unauthorized travel services, in August of 2007, online travel company Travelocity.com was fined $182,750 for providing online Cuban travel reservations without an OFAC license.

What does the international community think about the blockade?

The international community demands an end to the blockade. Annually, since 1992, the United Nations Assembly has voted against the blockade. Last 2016 191 countries voted to end the blockade, and only two countries abstained: the USA and Israel.

The peoples of the world are demanding the end of the blockade. Fighting against the blockade is to defend Cuba’s right to self-determination.

What consequences does the blockade have?

At the economic level, during these 54 years, the blockade has caused economic losses for more than 121,192 billion dollars. The blockade does not allow the full development of Cuba. It affects all social sectors: health, education, sports, commerce, etc. The US must compensate Cuba for the damages caused.

Some examples of what the blockade means for the Cuban people:

Why does the US block Cuba?

After the revolutionary triumph of January 1, 1959, the US could not allow the existence of a sovereign, independent, internationalist, and free state like Cuba: a socialist project only 90 miles away. Cuba is an example and a beacon for the rest of the world. A state not subject to USA’s sphere of influence.

What can the president of the US do?

Although many of the most important measures (converted into laws) have to be derogated by the US Congress and the US president does not have the power to carry them out, he/she can take other measures to end the blockade, including:

What can the Congress do?

It is time to end the blockade!

It is more necessary than ever to inform, organize, and raise awareness of the peoples of the world to demand an end to the blockade, and that the Cuban society can develop freely and without external interference of any kind.